The best servers for Minecraft

Minecraft servers are a little like alternative dimensions. Mojang hasn’t just created a world, Mojang has created a universe. Multiplayer worlds you can pass between that offer distinct experiences from one another. There are literally thousands of top Minecraft servers available each with their own design style, layout, gameplay dynamics, and online communities. Some servers have even spawned their own apps and games like Eggwars.

How to join a Minecraft server

All you have to do to join a Minecraft server is open Minecraft and then go to Multiplayer. You then click Add a server. Now name the server whatever you want and add the IP address into the text box and hit Save. After that you click Play and you’re playing Minecraft in the server of your choice.

Mineplex is the biggest Minecraft server around. It is huge and contains many different types of minigames, areas, and zones, all filled with different types of games for you to play. Think of Mineplex as a giant Minecraft theme park with different rides and attractions all vying for your attention. Highlights include a pretty complete Minecraft version of Mario Kart, complete with chance cube power-ups. You can check out a list of Mineplex games here.

Another bonus is that Mineplex is well managed by a dedicated volunteer army of mods and  and even paid staff. In terms of player numbers, at any one time there will likely be thousands of other Minecraft players on the Mineplex server.

How about life on the open sea? PirateCraft is like an RPG that tries to offer Minecraft players a taste of the pirate life by incorporating many ambitious pvp features like the opportunity to go into battle against and even plunder from ships and island communities, before using their spoils to participate in a fully functioning economy.

Players can also build their own lairs for storing all their ill-gotten gains securely and planning future, daring raids. As you’d expect, however, the waters of PirateCraft aren’t safe and players need to know that their lairs can come under siege and their ships can even be stolen. If this doesn’t put you off, check out PirateCraft now.

Many Minecraft servers don’t offer games or activities, many are simply beautiful worlds there to be explored. WesterosCraft is one such server giving players the chance to explore the world of fantasy epic, Game of Thrones. Although the world still isn’t finished, WesterosCraft offers plenty for fantasy fans to sink their teeth into.

The locations you can visit have mostly been based upon the HBO series but obviously, there is still plenty here for book fans too.

Which Game of Thrones house are you?

If you like your fantasy epics a little more classical, then you might be more interested in the Minecraft recreation of Tolkien’s Middle Earth. All Lord of the Rings and The Hobbit fans will have plenty to seek out on this server with many breath-taking block form recreations of the big screen versions of Middle-Earth. Like with WesterosCraft, however, Minecraft Middle Earth is still a work in progress so not all locations are complete.

The Mining Dead has a huge map that recreates some of the most memorable locations of the AMC hit show like the Prison and Alexandria. As well as looking the part, The Mining Dead packs a fairly exhilarating punch too, with an army of undead to fight off as you scramble around looking for weapons and ammo. This server is lots of fun but not for the faint hearted. 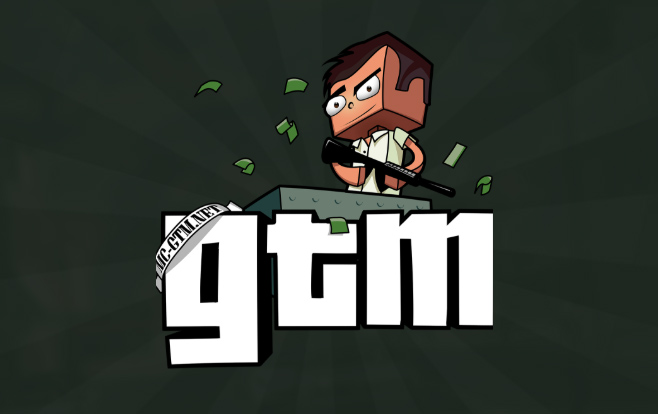 As we’re sure you’ve already guessed, Grand Theft Minecart is a huge Minecraft version of Grand Theft Auto. Just like in the Rockstar original, there is a lot to do in the world of Grand Theft Minecart. You can get your hands on some pretty heavy weaponry and blast your way around town as you build up a criminal empire complete with cars, planes, and properties. This is Minecraft though, and not GTA, so you won’t be able to go around killing people indiscriminately. You will, however, have to keep out of the way of the police who will take you down, if needs be.

After going through a number of speciality servers we thought we’d finish another multi-mode beast a la Mineplex, which we mentioned earlier. Extreme Craft is a very popular Minecraft server that has many different game modes for Minecraft players to try their hand at. Logging into Minecraft will find you survival games, a roleplaying mode,hunger games, and a mode for creatives among many other different games for you to get into.

Also, like Mineplex, Extreme Craft has a thriving online community and is an extremely well-organized server with a reliable set of well enforced rules.

That last point about Extreme Craft’s well enforced rules shouldn’t be taken for granted. We’ve shown you some of the best Minecraft servers and some of our favorite servers too. We’ve tried to stick with servers, however, that aren’t overrun by cheats and unscrupulous players. There are plenty such servers about and you’ll no doubt stumble upon them, if you cast your net wider than the ones we’ve recommended today. Beware though, these unruly servers can prove more frustrating than fun.

With our recommendations today we’ve tried to stick to a doctrine of fun and awe. In each of the servers we’ve recommended today you’ll find either fun or awe, or a combination of both. Other fun servers that fit with this philosophy and are worth checking out are PixelmonCraft, which is our favorite Pokemon server, the pve server skyblock and the pvp version skywars,  hypixel at mc.hypixel.net, and Manacube.