The final installment of our four-part Minecraft Beginners series is stepping things up a notch. We’re still going to keep things as simple as possible for you, it is just that we’re dealing with some more advanced concepts. If our mining, crafting, and farming guides we’re looking much more traditional concepts and technology; our redstone guide is bringing things into the 20th and 21st centuries. 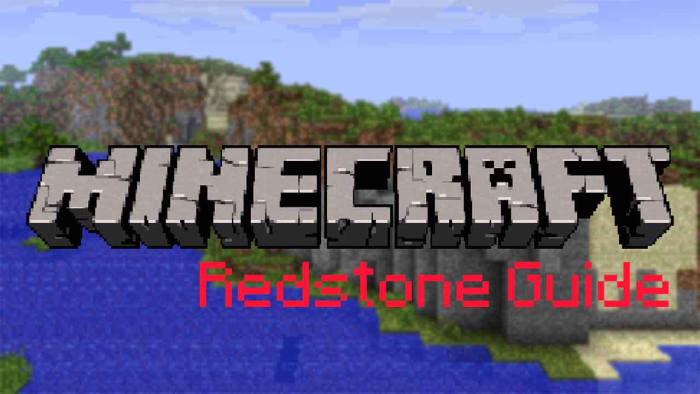 You can find redstone ore dotted around the Minecraft world. When you do this, you’ll turn a block of redstone into redstone dust, which has some impressive properties. You can lay redstone dust down on the ground and then use it like wire, to transmit signals and electricity. This can then form the basis of more complex systems. You could go as far as to build a computer using redstone dust but at the very least you’ll want to set up lighting systems, combinations locks, and more. Let’s look at some redstone basics.

How to use Minecraft redstone

When you want to build a redstone wiring system that will transmit power you simply need to right-click on the ground where you want to place it. You then need to build a complete line from your power-source to whatever you’re trying to power. You can place redstone wire traveling up the side of blocks too, so make sure you don’t forget to complete your circuit vertically as well as horizontally.

There is a limit to how far redstone power can travel. When it isn’t connected to an activated power source the wire will be dormant, but when it is the power will be transmitted along the wire and the redstone wire will glow. The glow will dim, however, the further it gets from the power source until it gets to 15 blocks away. Once there, the wire is no longer carrying power.

As the redstone dust does nothing on its own, you’re going to need to craft some power sources. Fortunately, this is very easy to do. If you take a stick and place it in the center square of your crafting table, and then take some redstone dust and place it above the stick, you’ll create a redstone torch. Redstone torches can be used to power other blocks and give power to redstone wire circuits. The torches will never burn out on their own, but you can use other blocks to prevent the power transmitting along circuits. This is very important as when combined with other redstone dynamics like pistons that can move things you’re able to set up systems that can carry out series of actions.

You may have noticed a problem. If redstone can only transmit power for 15 blocks, how do you make bigger circuits? This is where the redstone repeater comes in, which can boost the power for an extra 15 blocks. This means that you can theoretically at least, build infinitely long redstone circuits from a single power source, simply by adding redstone repeaters to the circuit at regular intervals.

To build a redstone repeater you need three stones, two torches, and some redstone dust. You place the stones horizontally across the central row of your crafting table and put the torches in the two top-corners of the grid with the redstone dust between them both.

Before we get into the systems you can build using redstone circuits, it is also worth pointing out that you can use redstone to build some of the more advanced analog items in the game such as a clock or a compass. To build a compass you need to place some redstone dust in the center of your crafting grid and then place an iron ingot in the squares above and below it with two more in the squares either side of it. To build a clock you need to do the same but replace the iron ingots with gold ingots.

What redstone allows you to do is create powered systems like we’re used to seeing in the real world today. If you have a Minecraft house, you could easily use redstone dust to set up a fully functioning lighting system that turns on when you flick a switch. You could also set up a powered door system that could open your door remotely, whenever you wanted. All you would need to do either would be a power source, a switch, enough redstone repeaters to boost the charge far enough, and either a light or door.

Other key redstone components that can help you conceive new ideas are pistons and pressure plates. Pistons can be used to move things up or down or side to side. Adding pistons and pressure plates to your circuits at certain locations could cause the triggering of a trap for example. Another component that works with a transmitted redstone signal is TNT. This means you could build a circuit to a remote bomb and then trigger it by activating a power source. Comparators too are worth looking at as they will behave differently depending on the signal they receive.

We’ve walked you through all the redstone basics then and showed you just what is possible thanks to the magical red dust that you chip out of the ground. If you’re just getting started with redstone, we suggest you take some time to go over the basics we’ve outlined above. Try to build some simple circuits and understand the dynamics of the systems you’re creating. Once you’ve got a clearer understanding of how it all works you can them move on to more complex systems and start building your systems into walls and buildings so that they can’t be seen.

Redstone is just another example of how endless the Minecraft possibilities actually are. Some Minecraft players really have created some magnificent machines and creations using redstone circuits and there is no reason why you can’t too, once you’ve mastered the basics.

Minecraft Live 2022 – Everything you need to know