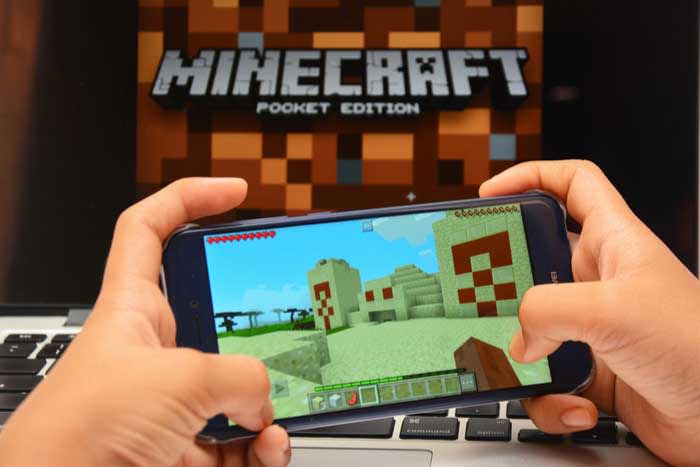 Minecraft is one of those games that is timelessly appreciated by all ages. It has stayed incredibly popular since its creation, and has evolved into a large and diverse community.

As the game has grown, it has branched into a few different versions. Players are primarily familiar with the PC edition, as it was the only one for a long time. However, the console and pocket editions are surprisingly different compared to the PC version of the game. Deciding between these three can be a difficult choice if you’re trying to consolidate which platform you’d prefer to play games on. Here are the main differences between each one.

Which edition of Minecraft is best for you?

The original edition of Minecraft, it often is the first to receive new content. The graphics are more advanced on the PC edition, and there are hundreds of third-party mods that can be used on your servers. Along with these mods, you can get third-party addons for UI changes to really customize your gameplay. The multiplayer is diverse, and you can play with any community members who share their servers and realms online. It also has the easiest controls of any edition.

On the downside, the PC edition is obviously not portable. It also isn’t very friendly to new players. The other editions feature some easily accessed tutorial information, and often allow the player to start with a map. There is also very little support in terms of parental control without using some type of third-party application.

As the most popular versions of Minecraft, it’s clear that the Pocket edition has some appeal to it. Primarily, people play this version for the obvious convenience of having it on the go. Other than the Nintendo Switch, there are no other editions of Minecraft that are quite this portable. It does provide add-on and mod support, although not quite to the extent of the PC version. There are easy parental control settings, and the multiplayer is just as extensive as the PC edition.

There are, unfortunately, quite a few factors working against the Pocket edition. Third party mods are discouraged by the program, so you can only reasonably use the ones provided by Minecraft. The controls are probably the worst of any edition, and they can be incredibly difficult to adjust to.

All of the major console retailers (Xbox, PlayStation, and Nintendo) have Minecraft adaptations for their main consoles. They also continue to put Minecraft on each console that has come out since its creation (such as the PS3, PS4, Xbox 360, Xbox One, Wii U, and Nintendo Switch). Unfortunately, the console edition is the most limited in terms of functionality. The main benefit of each console is the ability to have local co-op capabilities. While there are some local co-op options for PC and Pocket editions of the game, the console version is much easier to access. In fact, the console version is a pretty great option for new players, since every aspect of the game is easily explained, the controls are intuitive, and it’s easy to play with offline friends.

The local co-op features are really the only thing the console editions have over the other two. All worlds on console editions of the game are finite, unlike the other editions, and there is pretty much no mod support for any version. The Switch is the only portable console you can use, and the multiplayer on it is far more limited compared to the other editions (though thankfully the Xbox One and PlayStation 4 have some decent multiplayer options). There is just far less customizability and options when it comes to the console edition, and the only real major benefit is how easy it is to use.

Of course, the right edition to use all comes down to preference. We suggest using the PC version if you want to use third-party mods, and want the newest features right away.

The Pocket edition is great for young gamers, who parents wish to monitor their gameplay, and gamers who want to play on the go and don’t mind the touchscreen controls.

Finally, console versions are ideal for local co-op, and those who prefer using a controller. No matter which version you choose, Minecraft is an excellent game and we’re sure you’ll enjoy playing it on any platform.

How to Clean Up Your Mac: Manual vs Automatic Optimization